Does the death penalty reduce crime in the US? 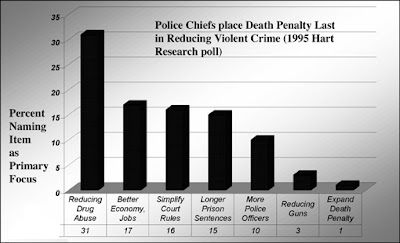 The question at hand is whether or not capital punishment is reducing murders or crimes in general. From this poll above police officers tend to think that the death penalty is last among other things in reducing the number of crimes that occur. So if the death penalty was put in place to try and lessen the number of homicides, why is it not? People who commit crimes are most likely not thinking about the consequences while doing so. Most even believe that they are not going to be caught for the crime they committed, and therefore are not worried about capital punishment whatsoever. I believe some states in the US have realized this and have abolished the death penalty but others have yet to do so. Since capital punishment is clearly not reducing crimes like it was supposed to, it should be abolished in all of the remaining states that still practice it. 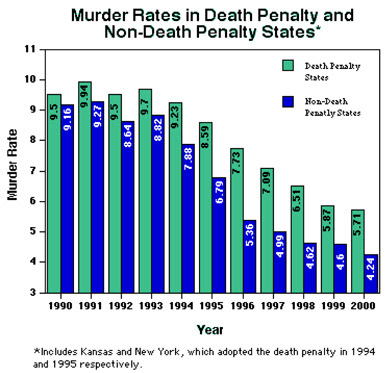 Posted by Shyann Markley at 9:31 AM